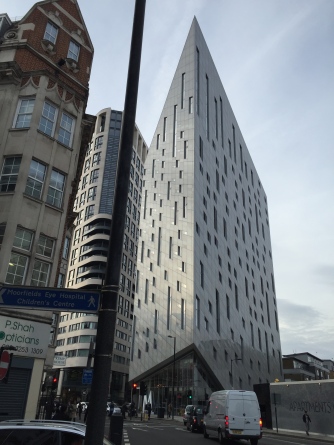 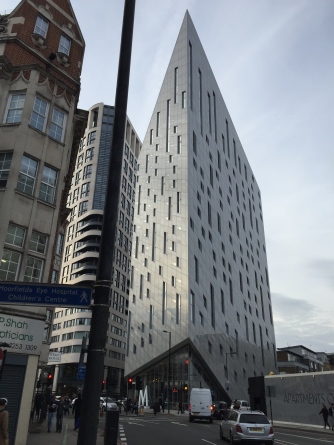 I met Martin McGinn, an artist I’d collaborated with on an art installation at a private view at the l’etrangere gallery off Old Street roundabout. It was good to be invited and to see him. He paints the most interesting pictures always with clever underlying themes. Recently, he’s competed a series of still lifes of art history books or crumpled pages torn from art magazines to poke fun at the weighty tombs and revered subjects they choose to depict, for example say Constable’s ‘The Hay Wain’ or a Rembrandt self portrait. The discernible subjects on the crumpled pages are rendered with strong brush strokes in a realistic manner as if Martin was representing a conventional bowl of fruit. The paintings are small and finely balanced compositions and at a first glance appear conservative, as any other still life painting, until their subject matter is investigated.

We drank beer from bottles and caught up on each others news. The show was a collection of artists interested in depicting themes relating to the idea of art history and was the reason why Martin was showing at the gallery. I talked about leaving architecture to take a break to go cycling and he told me about his new explorations into abstraction. I updated him on the latest architectural projects I’d been busy with and he about the 3 dimensional qualities of oil paint on canvas. We talked briefly about the artist Frank Auerbach, and thick paint generally, and then on to his journey that evening from the tube station to the gallery for the show.

Martin recounted that as he left the tube at street level he’d noticed a striking building to the north on City Road. He began to describe the M for Montcalm, a building I’d been involved with, which had been shortlisted for Building Design’s ‘Carbuncle Cup’, an architectural journal’s annual award for the most ugly building. I’d previously encountered people who’d start to talk to me about their objections to this building and I’d have to either try to defend it or lie claiming no knowledge about it at all, depending on the ferocity of their opinions. I held my breath as Martin continued his tale. He began to describe the building’s facade and the twisted grid that gives the elevations a false perspective and their ambiguity. He wondered aloud in the gallery as to what had inspired its design to give such a curious shape and form?

At last I was meeting someone who appreciated the hotel, that understood its design and what this was trying to do. The building sits on the curve of City Road as it turns southward to Old Street roundabout. It is tall and angular with a facade that rises up like a ship’s bow or mediaeval bastion above the traffic congestion and pollution below. The facade consists of multiple layers of glass treated with differing textures of fritting, etching and translucency to give the flat envelope to the enclosure, depth. The clear facade openings occur randomly ensuring there are no ‘window to hotel room’ monotonies that can make many hotels appear prison-ish. The triangular shape of the site plan and resulting elevations, forms an external grid which makes a series of alternating patterns of oblong glazed panels, stacked but for ever appearing to slide across the elevations, as if they were the blinds to a bedroom window. The false perspective that this in turn creates, makes the shape of the building at first difficult to grasp and immediately arresting amongst the ordinary townscape surrounding it.

It was a relief that Martin liked the building but he was surprised that I’d been involved with it as it is  so very different from the architecture that the practice I work for normally do. I told him about how one of my colleagues went past the building with his young son who when prompted commented that it was like ‘Marmite architecture, you’d either love it or hate it’. This seemed in retrospect a good description of its architecture which was pushing the boundaries of what the project and context could possibly do to try and make an interesting building on a difficult site. And on this, Martin and I both agreed.

One thought on “Marmite architecture”