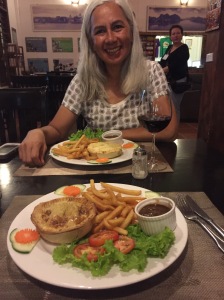 This is almost unbelievable. An Australian meat pie made and eaten in Vietnam thanks to the lovely people at Phong Nha Farm Stay. 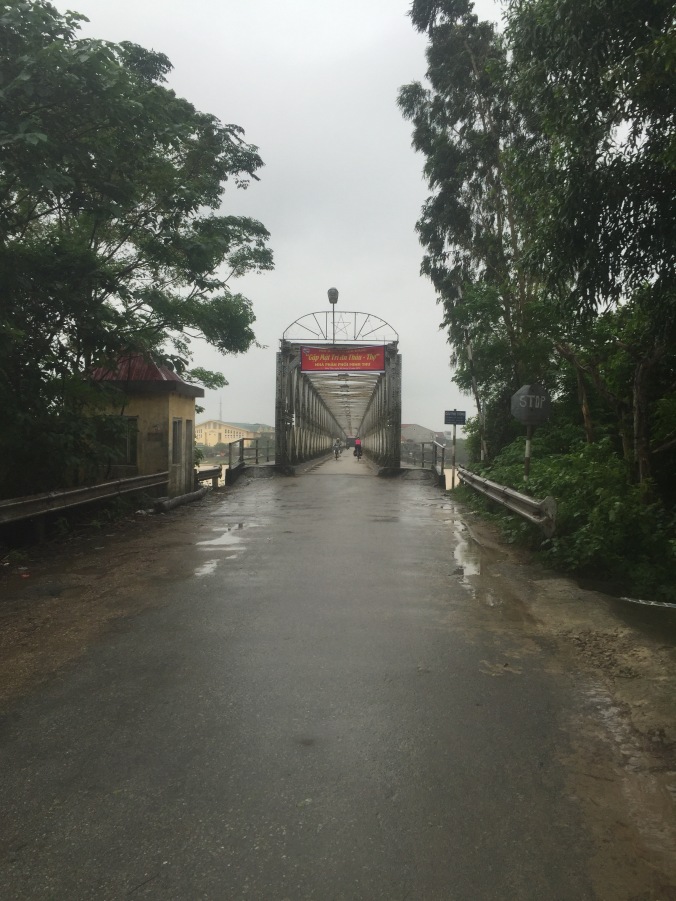 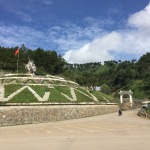 Without being able to communicate properly in Vietnamese we endlessly find ourselves out of sorts, misunderstanding people, menus, and not getting the joke when everyone laughs. We stumble around miming things like tooth paste or deodorant, that we’re looking for in shops, leading to much hilarity and some humiliation as even if we have the words we cannot pronounce them properly.

In Sa Pa we ate at a restaurant called Le Gecko as it had a Western menu as well as a Vietnamese. The familiar European dishes kept winking at us along with the French bread to accompany them and on one evening I ate probably the best Boeuf Bourgeon out of France I’ve ever eaten. It seemed really odd and delightful to be eating such a dish so far away from home as I watched other Vietnamese dinners eating steak and chips with pizza. Somehow travel, which can take us all to unknown places, attracts the contrary need for us to sometimes find something familiar where we go, whether it be food or local conversation, or something totally new and different like pizza.

Leaving Sa Pa we dropped southward out of the mountains to the Ho Chi Min Highway. Soon the landscape changed to hillsides covered in dense bamboo, growing in huge clumps and casting cool green shadows across the roads. We proceeded to follow, over a number of days, a series of wide brown silted rivers, the Ma and then the Chu and Con, and to pass war memorials and cemeteries to the fallen not marked on our map or mentioned in the guide book. The commemorative statues, graveyards, captured war planes, artillery and ground left with the impact of what appeared to be a fallen war plane, are monumental. We passed two memorials in one day cycling down the Ho Chi Min Highway, the second, we’ve subsequently discovered, was to commemorate the women fighters in the American War. A visitor had commented on the site’s WebPage:

Respect to brave girls who died to protect our country

Again we were left wanting to know more, being unable to ask, and wondering why these places are excluded from the information we’re traveling with and frustrated that none of the sites appeared to have any translated signage or information.

The Highway is really a misnomer as in some places it is not wide enough for two vehicles to pass easily in opposing directions. It’s so far a quiet road and we’ve taken advantage of it’s generally good surface to cover some distance. We often divert to smaller parallel country roads as they are more interesting, if slower, places to ride. Here, the villages and towns we pass through, all seem to be thriving with new construction, busy hardware shops, hairdressers, drink and food places.

Yesterday was a Saturday so everyone was out enjoying the cool after the morning’s rain. We passed a volley ball game with an entire extended family taking part; kids leaving college after their half day of study; a funeral wake with wailing music and people wearing white headbands; colourful preparations for a wedding tent; lines of rubber tree plantations; smoking brick kilns and suddenly, lots of cattle and water buffalo meandering everywhere across our path. People’s houses are generally modest but tidily organised with vegetable gardens, bonsai trees in elevated pots, stacks of fire wood, dovecotes, hanging washing, a drive way with a parked scooter or car and maize or rice drying in the sun shine. They are typically tall single storey buildings of painted, rendered concrete with only the more grander houses having additional floors. The older and more traditional dwellings are timber stilted, but as we progress south are disappearing.

None of the places we pass through are in the guide book so we never know what a town marked on our map will be like. We stopped for lunch in Thai Hoa and were surprised to find traffic lights, a smart Japanese cake shop, trendy clothes and mobile phone shops, with French style cafes and people sitting out beneath awnings having coffee. In Do Luong, where we stayed a night, we ate at a Korean noodle place run by a lady who’d spent 4 years working in Johor in Malaysia. There was a busy late night market and we bought a pomelo to eat after our supper. We had some beers in what appeared to be someone’s living room but was actually a drinking and food joint. Today we arrived to stay in Ha Tinh which turned out to be a huge city with skyscrapers, massive car showrooms, fancy liquor stores, traffic and luckily nice cheap hotels.

Nothing is pre-known here as we travel and hence the sense of dislocation we have at encountering the unexpected nearly all the time. The one certain ‘predictable’ is that everyone is always so very kind, helpful and friendly. If only we could speak and communicate more easily in their language! 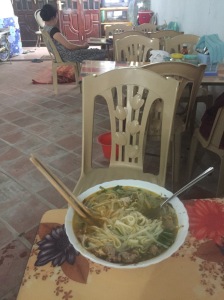 Beef noodle lunch in Do Long. 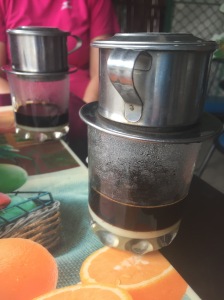 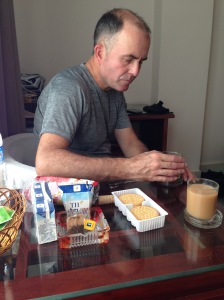 Tea and biscuits. I know it sounds odd to crave something so homely but after a hot day in the saddle ‘tea time’ is so good.

Some of the guest house rooms have cups, tea pot and kettle, and we now carry tea bags, UHT milk and butter cookies.

Often the first thing we do, after arriving and having a shower, is to make a brew. 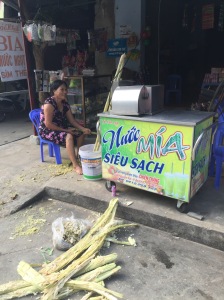 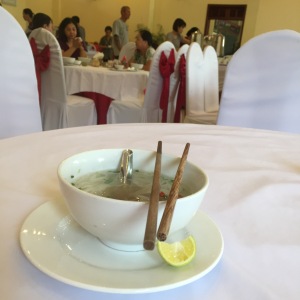 A small beef noodles soup ‘in progress’ for breakfast this morning. No MSG so a good one! 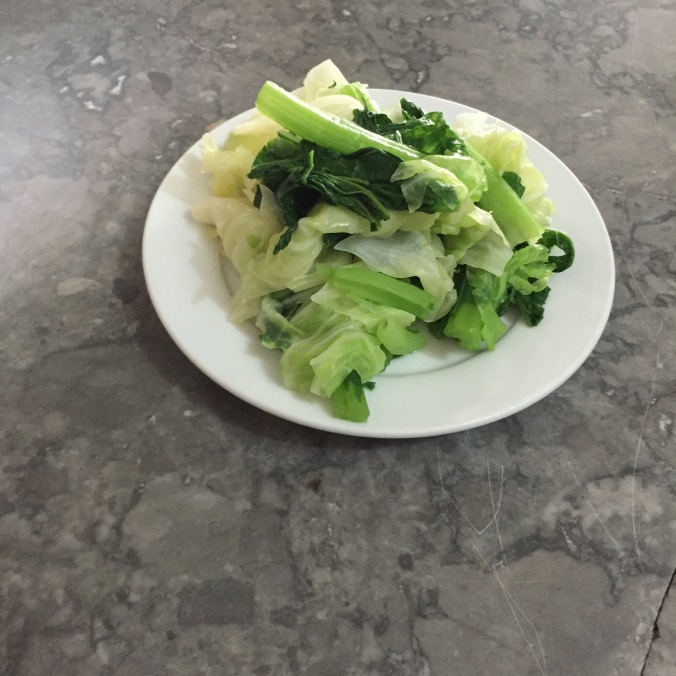 Vegetables here are fresh and delicious. Nothing added.