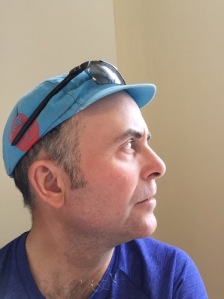 We’re now in Napier and Hastings for a couple of quiet days before heading on towards Wellington. We’ve ridden continuously since Auckland, for the last nine days, covering 932km. We’ve camped most of the way with two nights in hostels meeting a variety of other travellers. The campsite kitchens are good places to meet people and already we’ve bumped into new friends again as we move southward. It’s always interesting to hear their stories, not just about New Zealand but about themselves, why they’re here and travelling.

I’d always thought of the communality of this travelling life with a little horror – the dread of having to talk to strangers when all I’d want to do is eat and have a quiet moment with Yasmin. In reality, we’ve found mucking about in a camp kitchen and eating with everyone else a delight. Often we’re old enough to be most people’s parents but not always. There’s a real mix of ages and few stereotypes.

The hills have been really hard going with the road between Gisbourne and Wairoa particularly difficult. The climbing almost broke us with a very long ascent and steep kick-back where we had to stop and rest before being able to continue. In the last 3km of a 102km ride another hill blocked our final path to the town needing ‘out of the saddle’ riding to clear the summit for us to then descend like falling stones. We often clock more than 60km as we drop through the road’s sweeping bends and shaded corners coming to more open land and country. The views across the sun yellowed hills to the deep blue-black of the South Pacific Ocean keep us moving.

We’re typically pleasantly spent by the end of the day but surprisingly now find hostel beds and bedrooms not nearly as comfortable as our sleeping mats and tent. In Vietnam the beds were delightfully hard but here their softness leaves us unrested, hot and stiff. Beds with their mattresses seem to curve beneath us disabling our tired bodies from being able to sleep flat. This has become more pronounced as we continue to bicycle and means our bodies are changing as we’ve got used to a different way of sleeping. The hard flatness of the ground enables our backs and muscles to stretch and we awake feeling much more properly rested in the mornings. Sitting on the ground to read or write in the tent is good too, similarly forcing tired tendons and ligaments to stretch that the comfort of chairs and sofas don’t. I’m sure Madeline, my Alexander Technique teacher, would approve.﻿ 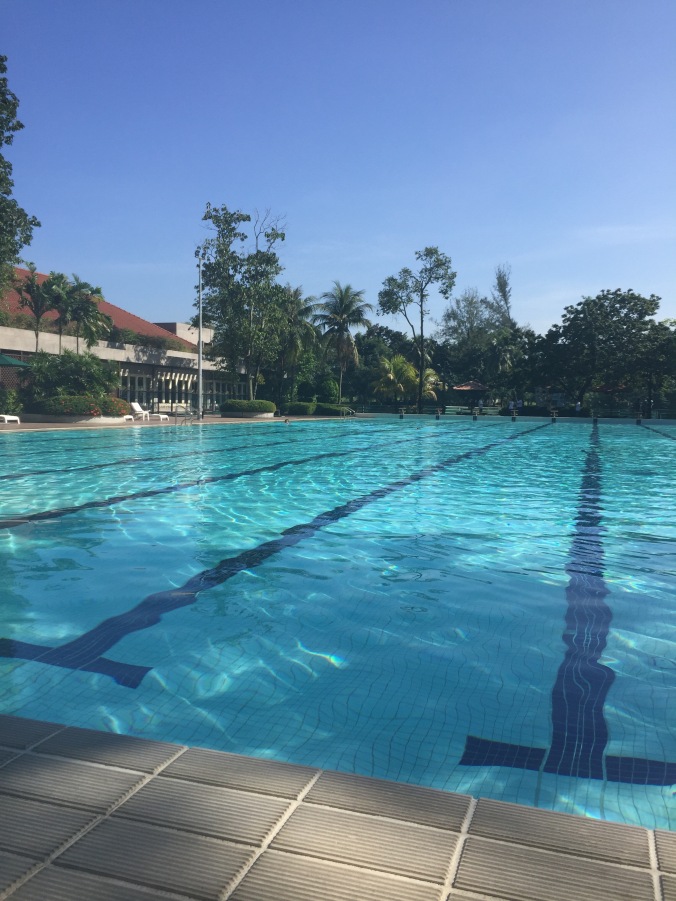 The Holiday Villas Hotel in Subang Jaya has been our regular place to stay in suburban Kuala Lumpur for many years. The hotel’s real attraction is it’s 8 lane 50m sized Olympic swimming pool which is situated outside and looks across to the tree lined grounds of an adjacent lake. This green open space has yet to be encroached upon by surrounding highrised development as the lake is big and is part of a network of suburban waterways that captures and attenuates tropical storm water. On the lake’s far side is a small restaurant and beyond that, in the bright green foliage, is the railway line to Port Klang and behind that the Federal Highway – the first motorway to be built in Malaysia.

The lake, along with others nearby, are vestiges of the Klang Valley tin mining boom of the early 20th century upon which Kuala Lumpur was founded. They are the remnant excavations which have become water filled and over time incorporated into the city’s infrastructure. Typically these water bodies were never built upon as they were perceived to be both unstable and polluted from the tin mining.

The lakes are a verdant asset providing scarce open space that everyone can share from the surrounding suburbs. People come to fish and walk around their perimeters and come from some distances to exercise before the start of the working day. The train rumbles in the background and the road traffic roars from the highway but still the lakes and their green surrounds hold their own calm and tranquility against the barrage of noise and air pollutions. A massive new electrical substation has had to be built on the other side of the highway to serve the new residential towers that are continuing to be built. The new pylons and high voltage cabling festoons the skies above and around the lakesides as they travel away into expanding Kuala Lumpur. Somehow the space of the lake still wins with the railway and highway to protect the views from the hotel’s swimming pool from further development.

We swim at least once everyday when we stay at the hotel and it has to be the best swimming pool I’ve swam in. It’s a proper length and most of the time is almost empty except on weekends when there are lots of swimming classes and the pool is divided up to cater for the differing ages and levels of swimmers. It is clean, not heavily chlorinated and is outside with fresh air, sunshine and the coolness of the early mornings and the heat of the middays. There are adjacent kidney shaped ‘play’ pools and a massive jacuzzi shaded beneath trees, all framing the view towards the old tin mining lake and greenery beyond.

When I first began to swim at Holiday Villas I could barely get from one end of the pool to the other with out having to stop to gasp for air. I could never understand how other much older and more sedate swimmers could swim up and down it’s length with so much apparent ease. On my returns to London I continued to swim, trying to keep some of my holiday fitness and discovered through Yasmin and Madeline, my Alexander Technique teacher, the Shaw Method of swimming. This is a way of swimming using Alexander principles as developed by Stephen Shaw. Yasmin had completed two swimming courses previously run by him, which she’d told me much about, and I borrowed his DVD from Madeline and proceeded to try and re-teach myself to swim. This involved much awkwardness marching in swimming pools, practicing arm strokes and almost drowning as I tried to apply the principles of ‘gliding’ as opposed to my usual thrashing about in the water.

After much time, and I mean years of swimming practice with return trips to Malaysia for intensive use of the large hotel swimming pool, I began to swim better. I’m not particularly fast but can now with some ease swim from end to end of the pool. The big changes in my swimming technique are that I can now breath to both sides as I swim front crawl and can alternate to either left or right whenever I like with out drinking in most of the water. With my breast stroke I can now combine the principle of the ‘glide’ with the separation of arm strokes and leg kicks to move efficiently through the water.

At times swimming now feels almost beautiful as my mind empties of everything and I concentrate only on my breathing action, economy of movement, being quiet and making no splash. In the mornings at Holiday Villas the water in the swimming pool is still and calm and momentarily I can feel as if my swimming is becoming perfect. I struggle to remember the numbers of lengths as I touch to swim back the way I’ve just come, catching glimpses of the lake as I turn with the trees, blue sky and slanting sunshine above, and the day and space of the water opening up before me.

I hope all is well with you.

My life is about to change. I’m taking a midlife break from a career as an architect and will stop work in the summer. My wife Yasmin, who is a counsellor, is also doing the same. We’ve been talking and thinking about this prolonged leave of absence for over three years now and have finally decided to go ahead and do it – to cycle and hike, what loosely might be described as, the Pacific Rim. We head off via Kuala Lumpur to Australia, South East Asia, New Zealand, Japan and will then hike a section of the Pacific Crest Trail in North America southward from Portland to Los Angeles. A sort of north, east, south and west of that great ocean with a bit of the ‘outback’ thrown in.

It is also a little scary as we both have to give up work from modestly successful careers and do not know what employment opportunities await us on our return. We’re both in our fifties and the kind of independent travel we wish to do cannot wait for retirement – its the ‘gap year’ we never had.

The cycling and hiking way of travelling will give us a real sense of independence, freedom and self-sufficiency. We use the power of our bodies to travel through parts of the world not seen by the guided visitor. We hope to be able to take our time, camp wild, eat and drink well as we meet people on the road and trail sides. We’ve fleetingly experienced this from other shorter pedalling and walking holidays, and this time, there is less of a need to be time pressured and to have to rush or push for a destination or mileage. As my Alexander Technique teacher Madeline would say ‘we should avoid the need to be end-gaining’ and miss all the interesting arbitrary bits in between on our journeys.

This is how we wish to travel.