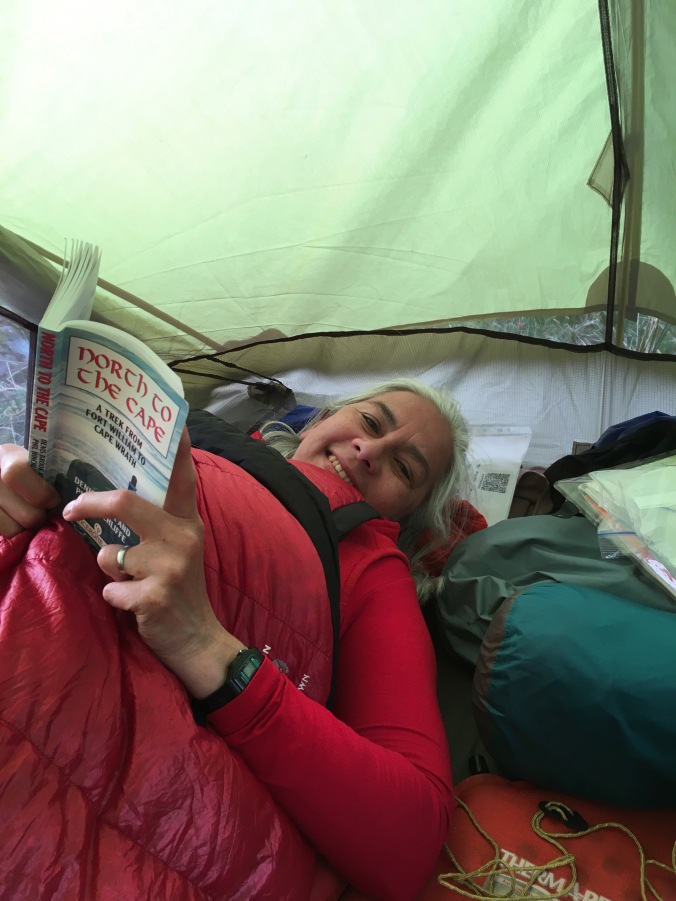 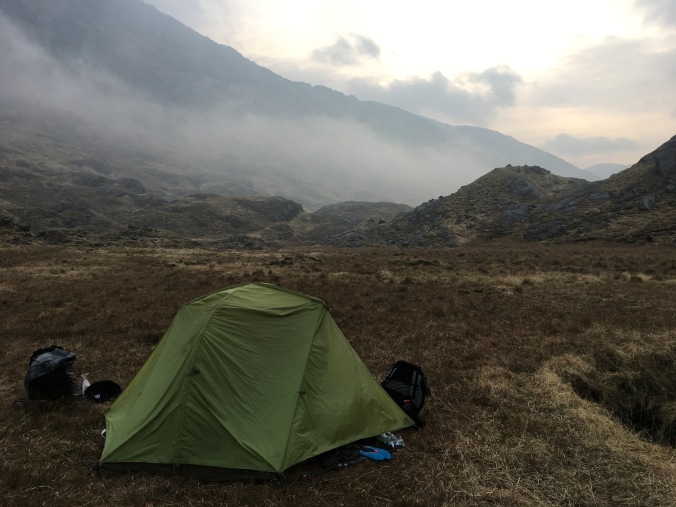 We turn off the trail here after 7 days of walking to catch the train to Inverness and our return to London. Hard hiking in the beautiful Western Highlands. Wonderful weather with extremes of bright sunshine and big winds.

Our hiking legs are back!

I’ve not posted here for a long while. Since finishing the section of the PCT trail in the autumn of 2017 our adventures have continued with London and new working lives.

We use our time carefully to do useful and meaningful things but have really missed our time hiking. So, we’re heading back to Scotland to walk a section of the western highlands towards Cape Wrath.

Above is a picture of all my gear, including the tent, stove and fuel, weighing around 11kg. We’ll share carrying the food for the 8 days and 120 miles. Below is my finished pack and our daily food bags. We can’t wait to board the night sleeper and to be heading north!

The title is self explanatory.

The bikes are now in their boxes ready for the flights home. Our kit has performed fantastically well and below we list the star performers and things we might have done differently if we were to repeat this kind of cycling journey again. 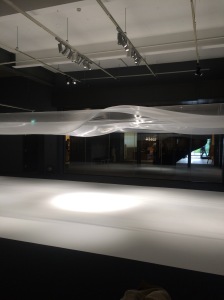 Is finite so I will use it carefully.

Communicates much about everything including the places through which I travel.

Reveal what I value and call home – London.

Drives the most creative of my thoughts.

Can kill all of the above – I think now before I use them.

The five headings have become a new kind of mantra for a future way of living.

We have about 40km to ride to Chitose, south of Sapporo, from where we shortly fly out of Japan and finish our year of riding. Bicycles are simply the best way to travel and have allowed us to see so much more of Australia, Vietnam, Cambodia, New Zealand and Japan than any other modes of transport.

The year’s comparative stats are as follows.
Distances ridden:

Punctures – 03 with New Zealand winning with none

Other touring cyclists – 173 with New Zealand winning again at 122

Pies – 33 with Australia winning with 23

The ‘Specialised’ top, bought in Perth, has survived remarkably well although much faded and about to disintegrate after 10 months of riding.

The ‘Swrve’ shorts are the second set and have lasted 6 months through both NZ and Japan. They’ve become really grubby and nothing seems to wash the filth out.

Both have been excellent kit and I’m both sad and overjoyed to be saying ‘goodbye’ to them!

There’s definitely been some loss of ‘puppy’ fat. We’re both much fitter and able to plough into headwinds all day and to keep moving at around 18km/hr. A year ago we could never have managed this speed or level of endurance. 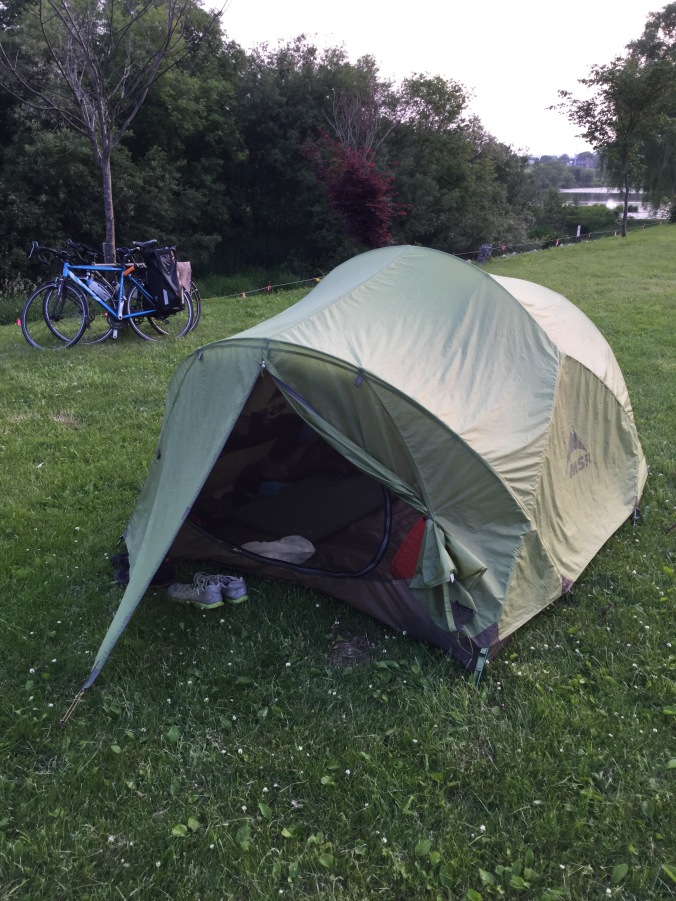 The horses are resting with only two more half days of riding. I can’t quite believe it! Sapporo tomorrow.